Heterodox percussionist (and/or artist) interested in avant-garde art, new forms of communication as well as their implementation in the sound-musical creation of our time. He studied with Christian Dierstein, Fred Frith or Håkon Stene. As well he has been part of the Fulbright Program at the UCSD (San Diego, California) under Steven Schick’s mentoring. At the moment he is carrying out an artistic research project at DKDM (Copenhagen, Denmark) on co-creative practices, under the mentoring of Simon Løffler. He is based in Basel (CH). 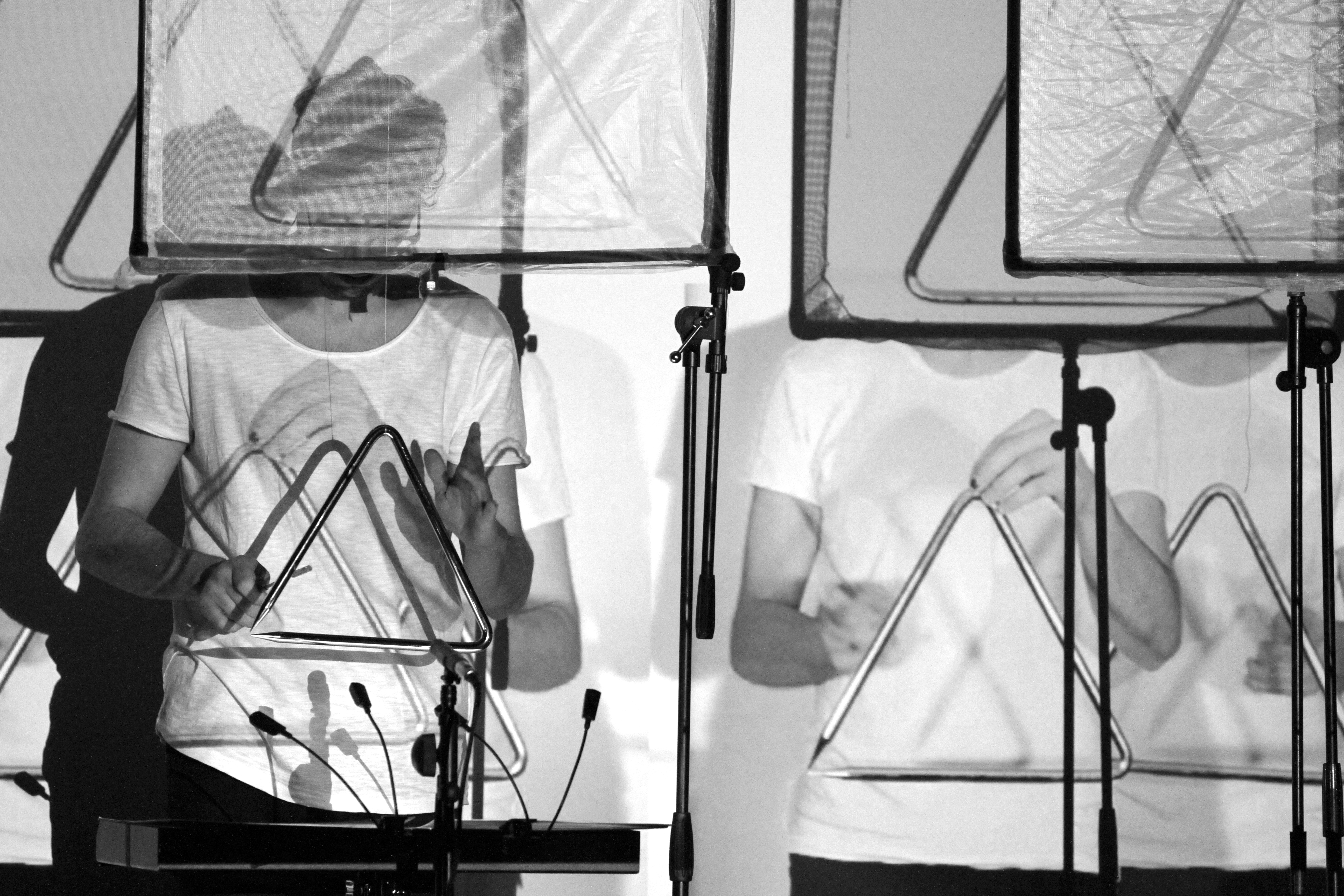 His main projects are reConvert; as well the y-band, an aesthetic and conceptual review of the current panorama of musical creation. He is also the artistic co-director of the nomadic music platform CONTAINER. In addition he carries out an ongoing work with composers such as Simon Steen-Andersen, Michael Maierhof or Andreas Frank. He was awarded with the Young Creation Award 2017 of INJUVE (Spanish Government). It’s very important for him the reflection on the collaborative methods, contained in 10staements.com, a project developed together with Jennifer Torrence. He is Co-director of the EXIT Festival, which takes place in Montevideo (Uruguay).

He has been part part of the program “Young Artists Promises” of the ULYSSES Platform. He has been presented at Manifeste Festival, Wien Modern or MaerzMusik; among many other festivals. And he has performed with ICE (International Contemporary Ensemble – NYC) and Ensemble Mosaik (Berlin). He has been an external professor at the Conservatori Liceu of Barcelona.